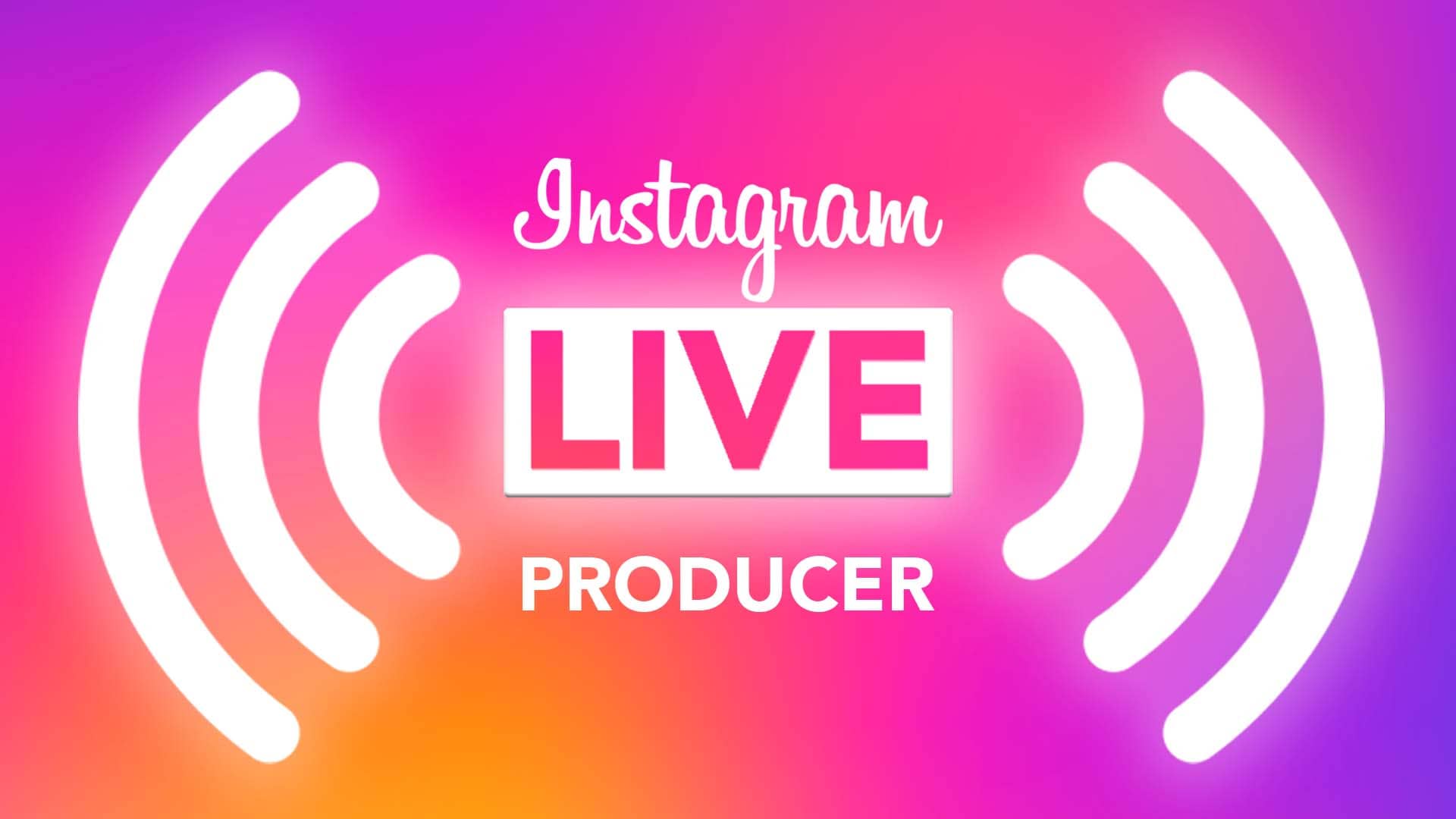 Instagram's Live Producer before rollout. Here is what you need to know for your live-streaming.

Thanks to a new feature, Instagram users will soon be able to go live with streaming platforms directly from their desktops. By using live-streaming software, users can now go live in parallel on multiple networks like Facebook and LinkedIn at the same time. By using streaming platforms like Ecamm Live, Streamyard or Restream, the live videos also get a more professional look.

The Instagram Live feature is already the most popular way to go LIVE for many content creators. However, until now, it was only possible to start a livestream directly from the Instagram app. With the change, it will be possible to include additional cameras, external microphones and graphics outside the smartphone. Users can thus broadcast self-produced content live or pre-produced with high quality via Instagram.

As of early November 2022, the announced feature is still in testing with a small group of people. Initial leaks and videos from the testing phase have already surfaced on social media.

Instagram has always been different when it comes to live video. Users had to go live from their smartphone using the Instagram app. Users of technical hacks who wanted to get around this faced harsh consequences and being blocked. This went so far that smartphone-like devices were developed which formally adhered to the rule but could fire up other live networks. Instagram’s move is now likely to put a spanner in the works for these devices.

Caroline Immer from onlinemarketing.de finds it astonishing that Instagram is only now enabling live-streaming via desktop. Whatever Instagram’s reasons were: Both the success of Instagram Live and the restrictive limitation to the Instagram app could probably no longer be maintained.

With the opening for live platforms, Instagram nevertheless secures a certain special path. Because the Instagram Live Producer only makes it possible to go live on Instagram via a stream key. This stream key is not static and is updated every time the Live Producer is used. This means that a one-time login between the live platform and the network is not enough, as is the case with all major live networks. On Instagram, the Producer tool has to be restarted before each Live.

This is how going live with the Instagram Live Producer works

After opening the Live Producer tool, entering the stream URL and stream key allows you to broadcast directly to Instagram Live. To start the stream, Instagram must then be opened on the desktop and the Live function selected via the plus at the top of the screen. Now users can name the live stream, set the broadcast to “public” and watch a preview of the stream.

By the way, the live video must always be started and ended via the Producer. Otherwise, the stream will continue to run on Instagram for the time being, and will only display the last frame before the streaming software ends. Likewise, comments are only visible via the Live Producer and can only be answered there. You almost need an assistant to go live. Let’s see if anything else changes here.

Will Instagram’s Live Producer bring the breakthrough for professional 9:16 formats?

Live videos in portrait format are already technically possible on streaming platforms like Ecamm. Likewise, vertical formats are supported by Facebook and Twitter. Nevertheless, there are hardly any professional streamers who make use of them. The opening of Instagram for live-streaming software could help professional live videos in 9:16 format to break through.

What does Insta’s move mean for the streaming market?

So we can be curious to how the Instagram Live Producer will be used. I predict that it will give the live video sector a boost in several perspectives: Firstly, this should finally make it a thing of the past that streamers start a stream on Facebook, LinkedIn, and the like while simultaneously operating a smartphone with Instagram Live on the sidelines, thereby completely overburdening themselves and the audience.

Secondly, the development of Instagram shows a convergence to a single live stream that is produced in high quality and broadcasts independently across the social platforms. This gives a green light to content creators producing high-quality content, especially in the vertical format.

I am Daniel Schwenger, a digital marketing specialist and YouTube Influencer in Geneva, Switzerland. I help thought leaders and business owners to share an authentic message, look good on camera and gain trust, engagement, and clients.

Would you like to be interviewed and share your message in a professional and authentic setting? Let’s arrange a discovery call and find out how I can support you.

Instagram’s Live Producer. Here’s why the new feature could spark a special innovation in the live-streaming market.

How to use your iPhone and Android Smartphone as a Webcam

You are Guest in an Interview – This is Your Checklist

You are invited to participate in an interview as a speaker and expert. How should you properly prepare? And how do you come across well in a live interview? In this checklist, I will show you how to prepare yourself as a guest.

Are you attracting new customers with the power of your personality through live video? Daniel Schwenger is a digital marketing and mindset specialist. He helps you go live in high quality.

English
Cookie Consent
This website uses cookies to provide you with the best possible user experience. If you agree to these technologies, we can process data such as surfing behavior or unique IDs on this website.
Manage options Manage services Manage vendors Read more about these purposes
See Settings
{title} {title} {title}